Lineapelle London: very good feedback, while looking ahead at the future

Expectations were very high, since the British market has been traditionally a landmark of paramount importance for cutting-edge new style trends alongside their application to materials. Starting from this preliminary point, Lineapelle London, a one-day event which took place at Ham Yard Hotel on January 22, did not miss the goal at all. “London is still and is going to be a fundamental stage along Lineapelle’s exhibition journey – pointed out Fulvia Bacchi, chief executive officer of Lineapelle –. The London fair provides multiple creative hints and tips which can hardly be found in other places and cities”. Therefore, the event proves to be appealing to the creative and productive British world, “consistently filled with research, originality and multicultural attitudes. Visitors paid close attention to materials and their performance, aiming at innovative uses. It is no coincidence that London fashion keeps looking ahead at the future: in fact, no other city can match its number of schools and courses focused on fashion”. Both the British city and the market often turn out to be unwelcoming towards leather (and fur), still they really praise their quality as soon as they see their real sustainable value. In such style context, strongly shaped by summer 2020 Co-Natural trends, much approval was earned by the Innovation Talks, which duly went on according to Lineapelle Innovation Square (which will be back in Milan next October): they did open a window to the prospective potential of the leather industry. While waiting for Lineapelle96 to kick off in Milan, focus on Lineapelle New York now: the exhibition is due to take place at the Metropolitan Pavilion, as usual, on January 30-31. 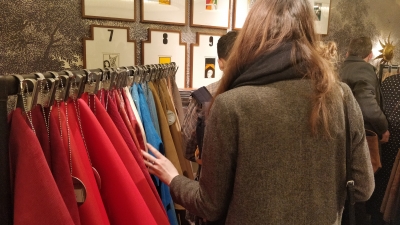